I have a great cache of Nikon lenses but haven’t used them enough so I have decided to give them a good run.  It is a different experience from the rangefinders I customarily use.  The cherub featured images was made with another departure, a 135mm lens.  While it is not a terribly big lens, it is still a heavier lift than the tiny rangefinder lenses I am accustomed to, and especially so mounted on my beautiful Nikon F2.  I did not get very many useable shots from three rolls of film.  I sense I was more in experimentation mode than anything, being a fish out of water with an SLR.  I will go back to using wide angle lenses and hopefully will feel more at home as this week goes on.

Cady has a little sister, Phyllis.

Shot somewhere on the waterfront in Newport 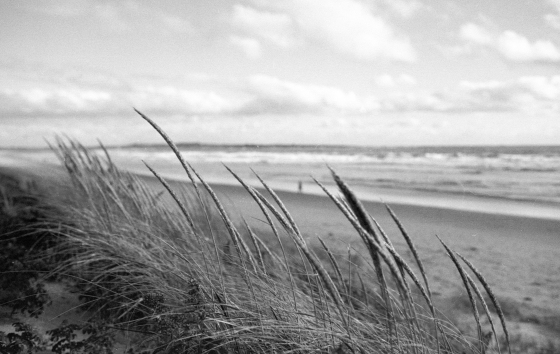 Shot at Third Beach in Newport